You know the drill: you sign up to broadband on the promise of blisteringly fast speeds only to discover the grindingly slow reality. Not any more. Well, sort of.

From today, new advertising rules will force internet service providers (ISPs) to be more upfront about exactly how fast your connection should be. Previously, broadband providers could entice people with tantalisingly fast “up to” speeds so long as they were available to at least ten per cent of customers at any time of day. The new average speeds must be available to at least 50 per cent of customers at peak times – i.e. when you’re actually at home trying to stream Netflix in 4K or make a Skype call that doesn’t drop out every two minutes.

Take Sky Broadband as an example. It’s already adhering by the new Advertising Standards Agency (ASA) rules and as a consequence its 17Mbps service is now billed as 11Mbps. Add in the usual caveats of poor Wi-Fi signal, bad wiring and other interference and that number will fall further still. But honesty doesn’t address the underlying issue: the UK’s broadband infrastructure remains a cheap, outdated mess.

Think you’ve signed up to fibre broadband? Think again. Unless you’ve got fibre to the home, then your connection is actually a mix of fibre and copper – fibre all the way to the nearest roadside cabinet and copper up to your front door or building. So while everyone will now have to be (more) honest about speeds, they can still be economical with the truth when it comes to exactly how your home is hooked up.

And that makes a big difference. The UK’s fibre to the home infrastructure is so poor it’s out-performed by almost every other country in Europe (Latvia, with 50.6 per cent fibre coverage, ranks first in terms of market penetration). The number of fibre subscribers in Europe increased by 20.4 per cent to 51.6 million in 2017. Of the major European countries, Spain (17.5 million) and France (14.9 million) are the major success stories.

Across Europe, the number of fibre to the home and fibre to the building subscribers reached 51.6 million. In total, more than 148 million homes now have the ability to access such connections.

Part of that is down to the realities of bricks and mortar. Fibre to the home is easier to install in big apartment blocks, which are more commonplace on the continent than in the UK. The makeup of who runs and owns the infrastructure also plays a part. In the UK, that’s (mostly) Opeanreach, which until recently wasn’t keen on sharing. Recent regulatory changes mean it now has to let providers other than BT use its underground ducts and overhead poles to install their infrastructure.

What the hell is Facebook doing on the blockchain? 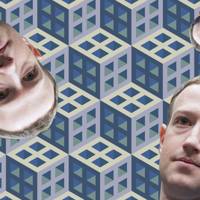 What the hell is Facebook doing on the blockchain?

While there will inevitably be overlap, that’s likely to be a good thing: competition for full fibre broadband connections will drive down prices and persuade more people to ditch crawlingly slow and outdated connections.

And that’s the other part of the UK’s seemingly endless broadband speeds saga: cost. The UK has highest percentage of people using the internet of any G7 economy (a figure based on a 2014 government report) and speeds remain above the European average. But, for the most part, a lack of competition for full fibre services has left the UK hooked on a poor diet of copper.

Ultimately, that inequity is down to the government. In 2016, chancellor Phillip Hammond announced £400 million to support investment in fibre broadband infrastructure, a figure it believes could rise to £1.5 billion with private investment over the coming years. This week, Hammond pledged to make full fibre connections available to 15 million premises, the majority of UK homes and business, by 2025. It is, of course, the latest in a long line of similar pledges.

The new ASA rules around how broadband speeds are advertised will make one thing abundantly clear: despite years of promises and token gestures from the government, the UK broadband market remains stuck on cheaper copper and fibre connections. And, with all the will in the world, that will remain the case for decades to come.