WHY DOES DISNEY HIRE SO MANY SEX PERVERTS AND FINANCE OBAMA? ByPAUL BOIS
@PaulBois39
February 22, 2018
 11.3k views
Following accusations of sexual misconduct against famed animator John Lasseter, another Disney executive has been accused of "decades" of sexual misconduct.
The Wall Street Journal reports that a number of Disney representatives, including employees, say they witnessed executive Thomas Schumacher, an openly gay man, making sexually explicit remarks to male employees in incidents going all the way back to the 1990s. He also, allegedly, spoke about the “sexual prowess of black men” and “has continued to use sexual language in the past two or three years.”
"Another side of his success as a creative executive has been a harsh demeanor and tendency to cross the boundaries of appropriate workplace behavior, people who have worked with him said," reports The Wall Street Journal. "Mr. Schumacher has offended numerous employees over the years with explicit language and behavior, including comments about subordinates’ sexual attractiveness, discussions about pornography and walking through the office in a bathrobe while boasting he had nothing on underneath, according to people who said they witnessed the episodes."
A close friend of Schumacher told the WSJ that Schumacher denies the accusations made against him, saying that Schumacher “at times acknowledged using inappropriate language, expressed regret, and committed to being more mindful and adhering to company policies going forward."
According to one former Disney employee, Bruce Williams, Disney knew of Schumacher's behavior back in 1994.
“We’ve spoken to Tom and he apologizes,” Williams, now 60, said HR told him at the time, “this time I think he’s heard us.”
WSJ reports that a Disney spokesperson claims the company has no record of Williams' complaint. WSJ corroborated his claims with five former Disney employees.
Jane Buchanan, another former employee, claims that when she brought her bi-racial son to the office, Schumacher “made jokes about the sexual prowess of black men." Buchanan signed a non-disclosure agreement when she left Disney in 2006.
As of now, three major Disney employees have been hit with sexual misconduct claims: Harvey Weinstein, whose company Miramax was owned by Disney; Pixar chief John Lasseter; and now Thomas Schumacher. 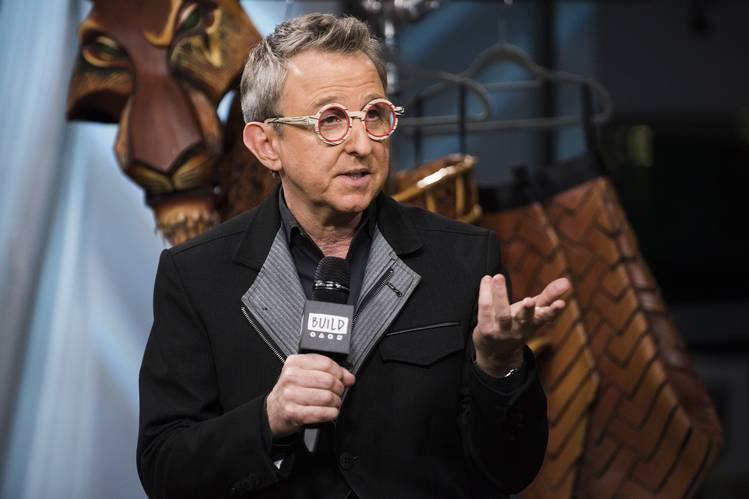 After 30 years at Walt Disney Co. DIS +0.14% , Tom Schumacher has become one of the most powerful and complicated people on Broadway as he established his employer as a dominant force in American theater.

He reaches a new apex this Thursday when the “Frozen” musical, which he produced, begins playing on Broadway. The $50 million-plus show is a critical part of Disney’s plans to turn the hit animated movie into a long-lasting cultural touchstone, in the lucrative footsteps of “The Lion King.” The show’s debut comes just two months after he was elected chairman of the Broadway League, the industry organization that puts on the Tony Awards, confirming his royal status on the Great White Way.

Few executives last as long as Mr. Schumacher has at a major entertainment company, let alone reach new heights after three decades. People who have worked with him say he is demanding and intelligent, with a strong sense of what he wants and the ability to work with creative talent to achieve it. Though others at Disney thought her theater work was too avant-garde for a Disney property, Mr. Schumacher championed Julie Taymor to direct 1997’s “Lion King” musical. It is now the highest-grossing stage show ever.

Another side of his success as a creative executive has been a harsh demeanor and tendency to cross the boundaries of appropriate workplace behavior, people who have worked with him said. Mr. Schumacher has offended numerous employees over the years with explicit language and behavior, including comments about subordinates’ sexual attractiveness, discussions about pornography and walking through the office in a bathrobe while boasting he had nothing on underneath, according to people who said they witnessed the episodes.

A person close to Mr. Schumacher said he denied all the incidents in this article, each of which was independently described to The Wall Street Journal by at least two eyewitnesses. 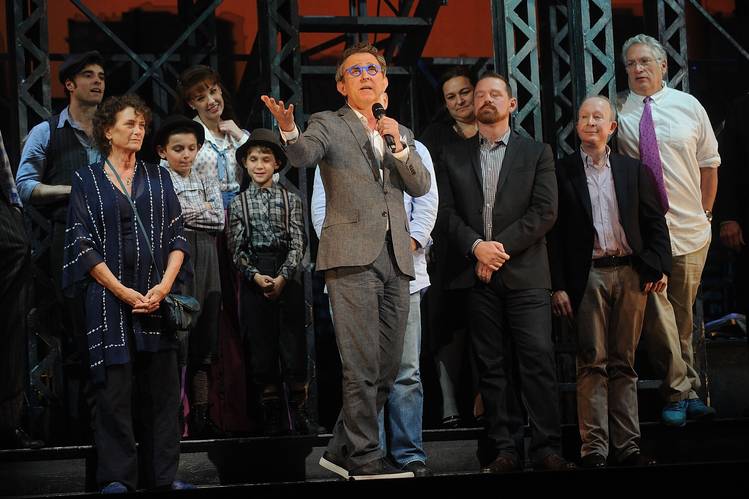 Mr. Schumacher has “at times acknowledged using inappropriate language, expressed regret, and committed to being more mindful and adhering to company policies going forward,” the person close to him added.

A Disney spokeswoman said that “complaints are thoroughly investigated and appropriate action is taken” at the company.

Disney’s continued faith in Mr. Schumacher demonstrates the tensions at entertainment companies attempting to balance typical standards of corporate behavior with the looser rules of creative environments. Broadway in particular is a small community with its own norms and strictures, people who work there said, and Mr. Schumacher appears to have benefited from his role as a bridge between it and a family-friendly media giant.

His division of around 100 people consistently makes profits of between $100 million and $150 million, people familiar with its finances said, and it gives the company a presence in live entertainment that no other studio can boast, from Broadway and London’s West End to world-wide tours, ice shows and school musicals.

Mr. Schumacher sometimes has acted like a throwback to the past when issues raised by the #MeToo movement were decades away, people who have worked with him said. Mr. Schumacher seemed to view his ribald comments as comedic. One person who discussed the issue with him said the Disney Theatrical president, who is gay, defended himself by saying a straight executive wouldn’t face the same scrutiny.

Mr. Schumacher joined Disney in 1988, part of a wave of executives from the theater world who took over its feature animation business during the 1990s. Bawdy talk that was common backstage made its way into the previously conservative offices of Disney animation, people who worked there said. Mr. Schumacher, however, at times crossed lines in ways that employees found inappropriate. 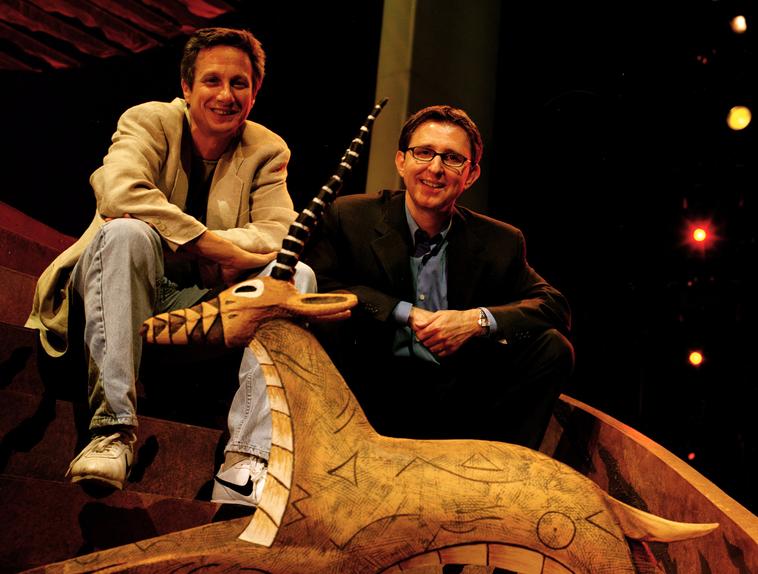 Bruce Williams, who worked in the story-development department overseen by Mr. Schumacher, said he accused his then-boss of sexual harassment.

As the two worked closely together and socialized, Mr. Schumacher took a sexual interest in the subordinate, Mr. Williams recalled in an interview. At first flattered, Mr. Williams said he became uncomfortable with what he described as “salacious and inappropriate” remarks, including evaluations of how he looked while climbing a ladder and “compliments on my ass.”

Mr. Williams brought his concerns to two superiors in 1994, he said. Soon after, he recalled, a human-resources representative told him, “We’ve spoken to Tom and he apologizes,” adding, “this time I think he’s heard us.”

To separate the two men, Disney moved Mr. Williams “to the gulag,” he said—a nearly empty floor in another building where he had no work to do.

In 1995, Mr. Williams decided to leave Disney. Now 60 and working as an usher in a Minneapolis theater, he said he has struggled with depression, which he attributes in part to his experience with Mr. Schumacher and subsequent treatment by Disney. “I never felt the same about a workplace again,” he said.

A Disney spokeswoman said the company had no record of a complaint by Mr. Williams.

In the ensuing years, Mr. Schumacher’s career prospered. He worked on films such as “The Lion King” and “Pocahontas” and helped forge Disney’s relationship with Pixar Animation Studios. In 1999, he became president of feature animation.

Tom Schumacher has presided over both hits and misses during his time running Disney's live-theater business.

Note: Doesn’t include grosses from regional or international performances

Among people who worked with him then, Mr. Schumacher was divisive. “Tom is one of the smartest producers I ever worked with and very savvy in navigating the world of Disney,” said Stuart Oaken, who worked at Disney Theatrical from 1994 through 2004.

Michelle Mindlin, who worked in animation and theatrical from 1994 through 2003, is one of several former colleagues who said Mr. Schumacher made clear who was part of his inner circle and who was not. “If he liked you, you were treated well, but if he didn’t, he could be very unkind,” she said

In 2003, Mr. Schumacher left his job in animation after several flops and moved to New York to oversee the theatrical division full-time. His workplace behavior seemed to become more frequently inappropriate, colleagues said.

Several people recalled a day in the mid-2000s when Mr. Schumacher arrived at the office in wet clothes following a rainstorm and changed into a bathrobe. While walking around, he told employees he had nothing on underneath, these people said.

Mr. Schumacher made no secret in the office of his attraction to Josh Strickland, who played the title role in Disney’s 2006 stage version of “Tarzan,” said employees. He boasted that he had gone “naked tanning” with the former “American Idol” contestant and discussed his interest in helping to fit the star’s loincloth, said former employees who heard him.

Mr. Strickland said in a statement provided by his manager that, while he did go to a tanning session with Mr. Schumacher to develop the look for the Tarzan character, “at no point did I ever feel uncomfortable” and that “any suggestion of nudity…is completely untrue.” 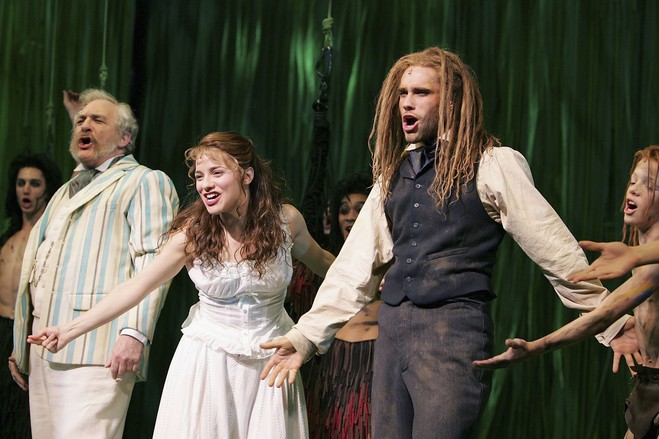 Mr. Schumacher made jokes about the sexual prowess of black men after a former assistant of his, Jane Buchanan, brought her biracial son into the office, witnesses said. Ms. Buchanan is white.

That allegation was among a number made by Ms. Buchanan against Mr. Schumacher soon after she was dismissed around 2006, said people with knowledge of her case. Following a human-resources investigation, Ms. Buchanan left with severance and a nondisclosure agreement, these people said.

Reached for comment, Ms. Buchanan said, “Regretfully, I can not talk about anything that happened during my time at Disney Theatrical.”

Mr. Schumacher has continued to use sexual language in the past two or three years, according to colleagues, including discussing his erections. 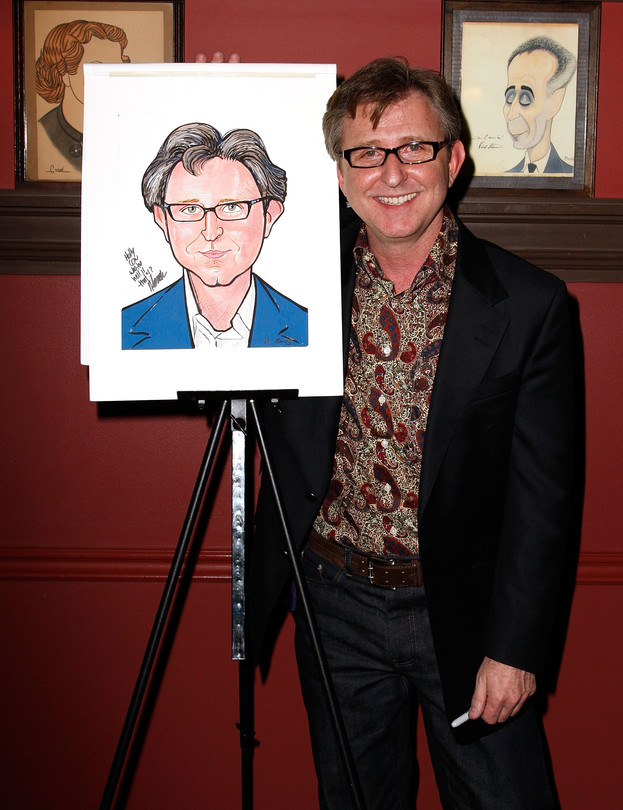 Tom Schumacher celebrates the unveiling of his caricature at Sardi's in 2008. PHOTO: JEFFREY UFBERG/WIREIMAGE/GETTY IMAGES

His talent and drawbacks as a leader will be put to the test as he is front and center with “Frozen.” Its four years of development have been bumpy, including what Mr. Schumacher described as a “painful” decision in 2016 to switch directors during development.

The show’s budget is huge by Broadway standards, and resellers are offering tickets for more than $2,000.

The biggest chunk of Disney Theatrical’s annual profits still come from the 21-year-old “The Lion King,” currently playing in six countries, people familiar with the company’s finances said. Disney is hoping Mr. Schumacher will take “Frozen” to a similar level of success.

Write to Ben Fritz at ben.fritz@wsj.com