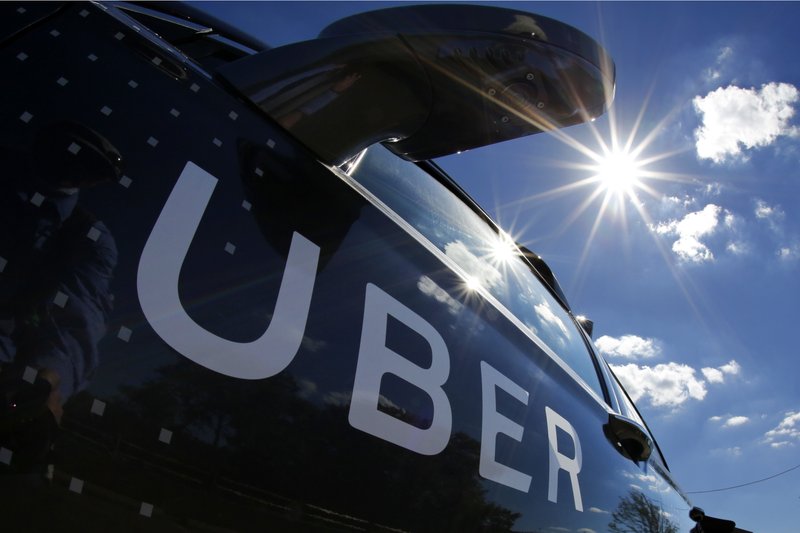 SAN FRANCISCO (AP) — Federal prosecutors are investigating allegations that Uber deployed an espionage team to plunder trade secrets from its rivals. The revelation triggered a delay in a high-profile trial over whether the beleaguered ride-hailing service stole self-driving car technology from a Google spinoff.

The probe under way at the U.S. Justice Department centers on a 37-page letter that described allegations made by Richard Jacobs, Uber’s former manager of global intelligence. Jacobs had the letter sent in May to an Uber lawyer. The letter contended that Jacobs had been wrongfully demoted and then fired for trying to stop the company’s alleged misconduct.

The investigation hadn’t been publicly known until Tuesday, when it surfaced in a court hearing that was supposed to set the stage for a trial pitting Uber against Waymo, a self-driving car pioneer that started within Google eight years ago.

The hearing instead quickly turned into a forum raising more questions about Uber’s ethics and corporate culture. Over the past year, Uber has been rocked by revelations of rampant sexual harassment inside the company, technological trickery designed to thwart regulators and a yearlong cover-up of a hacking attack that stole the personal information of 57 million passengers and 600,000 drivers.

Jacobs, whose lawyer wrote the letter at the center of the courtroom drama, testified Tuesday that Uber had set up a unit called Marketplace Analytics to steal trade secrets from its rivals overseas. He didn’t specify which competitors Uber had targeted. His allegations had been kept under wraps until the Justice Department passed them along to U.S. District Judge William Alsup last week.

In an unusual move, Alsup had recommended in May that the Justice Department open a criminal investigation into Uber, based on the evidence he had heard in the Waymo case.

To protect itself against potential trouble, Uber frequently communicated on a service called Wickr that automatically erases messages, according to Jacobs. The company also relied on a surreptitious computer system to eliminate all digital trails, and dispatched its security team to train self-driving car engineers in Pittsburgh how to conceal their electronic tracks, Jacobs testified.

Uber’s espionage team also hired contractors who employed former CIA agents to help with its surveillance, according to Jacobs.

Pressed under questioning, Jacobs acknowledged that the letter also alleged that Uber had stolen trade secrets from Waymo, as well as other intellectual property in the U.S.

But Jacobs said that his lawyer was mistaken in making that allegation. He insisted he didn’t know anything about Uber’s espionage team trying to steal anything in the U.S., suggesting he missed the purported mistake because he spent only about 20 minutes reviewing it while he was on vacation with his wife.

Uber paid Jacobs $4.5 million as part of a confidential settlement after his firing, Jacobs said while being grilled by Waymo lawyer Charles Verhoeven. Part of that settlement includes Uber stock, a $1 million consulting fee and a provision requiring him not to say anything that would harm Uber.

“It is possible that he has been bought off by Uber,” Alsup said of Jacobs at one point during Tuesday’s drama.

Alsup described the allegations in the letter as “scandalous” and lashed out at Uber’s legal team for not informing him about them before he was notified by the Justice Department. “I can’t trust anything you say because it has been proven wrong so many times,” Alsup told Uber attorney Arturo Gonzalez. The judge also called Uber’s espionage team “a plumber’s unit doing bad deeds.”

Gonzalez repeatedly tried to persuade Alsup that the allegations in Jacobs’ letter had nothing to do with Waymo’s case against Uber. The lawyer also argued that the company used secretive communications channels for employee safety reasons. But the judge wasn’t swayed.

In a statement defending itself, Uber pointed to Jacobs’ testimony that he wasn’t aware of the company stealing any of Waymo’s trade secrets. “None of the testimony (Tuesday) changes the merits of the case,” Uber said.

In its statement, Waymo called the latest allegations against Uber “significant and troubling.”

Alsup postponed the scheduled Dec. 4 start of the Waymo-Uber trial to give Waymo more time to gather evidence. He didn’t immediately set a new trial date.

Waymo is alleging that Uber has been building its own fleet of self-driving cars by using trade secrets taken by former Waymo engineer Anthony Levandowski. Uber paid $680 million last year for a self-driving vehicle startup founded by Levandowski after he left Waymo in January 2016.

The latest bombshell to drop on Uber came as the company is trying to complete a $10 billion sale of its privately held stock.

Softbank, the Japanese firm leading the proposed investment, is proposing to buy the shares at a 30 percent discount from Uber’s previous valuation of roughly $68 billion, according to multiple media reports citing people familiar with the terms. The markdown stems, in part, from the turmoil that has stained Uber’s reputation and opened opportunities for rivals such as Lyft to lure away alienated passengers looking for alternative rides.