IS SILICON VALLEY FINALLY GETTING IT'S COMEUPPANCE?

STOCKS FALL FOR YEAR; UNDER PRESSURE FROM DC, TECH MESS...

The CLOUD Act would let cops get our data directly from big tech companies like Facebook without needing a warrant. Congress just snuck it into the must-pass omnibus package. (technology)

Facebook’s mini-crash — the company’s stock is down over 13% in three days — is a reminder that even red-hot FAANG stocks can fall.

Did the Facebook shock just offer a glimpse into stock market future? Read on, and I’ll explain.

Let’s not forget that Facebook’s stock is still up 865% since its 2012 low. For most of the past five years, Facebook has been trending higher in a well-defined trend channel. Let’s call this the “mean.”

In July 2017, Facebook jumped above the trend channel and carved out a new short-term channel (called an upside extension). After a brief spike above the upper channel on Feb. 1, 2018 (throw-over), Facebook dropped 14% in early February, recovered, and fell another 12%.

Read: How investors can protect against a trade war — in one sentence

Some call this “what goes up must come down,” while others call it “mean reversion.”

No big deal, unless you bought Facebook above $190. Facebook is just below the top line of the original trend channel, and may end up testing the bottom line.

Does this mean Facebook is the tail wagging the dog? Unlikely.

After the initial panic decline, the Feb. 11 Profit Radar Report published the chart below (which highlights how quickly the S&P 500 corrected the overextended rally) and said:

“For well over a year, stocks have almost exclusively gone up, slow but steady. For the past two weeks, stocks have gone down quickly. What’s next? The temptation (and trap) is to think two dimensional — up or down — since that’s most of what we’ve experienced lately. However, stocks could also go sideways for a period of time. Based on Elliott Wave Theory, wave 3 is followed by wave 4, which is where we are currently at. Waves 4 are generally choppy, range-bound, long-winded, unpredictable corrections that retrace ideally 38.2% of the preceding wave 3. The 38.2% Fibonacci retracement level is at 2,536 points. In terms of price, wave 4 has already reached its downside target. In terms of time, wave 4 would be unusually short.”

Seth Godin reveals the secret to boosting your productivity. 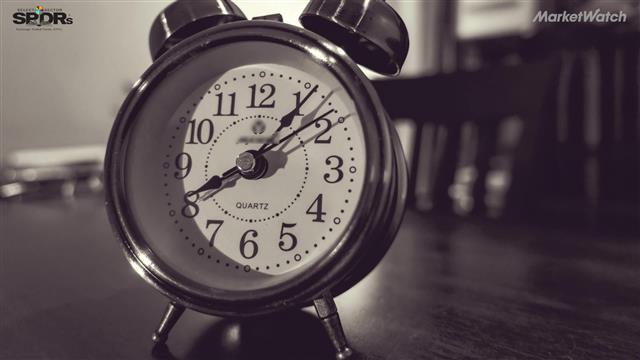 Like Facebook, the S&P 500 has gone up too far too fast, and was due for a mean reversion (take note of the black trend channel). According to Elliott Wave Theory, this is a wave 4 correction.

The indicators that kept us long and strong throughout the post-2009 bull market did not trigger a bear market signal. Perhaps the most important seasonal pattern of 2018 (shown here) also suggests new highs after completion of this correction.

This week’s price action allows us to (most likely) narrow down the two projections to just one: scenario #2, which should be a wild ride with lower prices in store. The scenario #2 projection (along with short, and long-term analysis) is available here.

Simon Maierhofer is the founder of iSPYETF and publisher of the Profit Radar Report. He has appeared on CNBC and FOX News, and has been published in the Wall Street Journal, Barron’s, Forbes, Investors Business Daily and USA Today.