ELECTIONS ARE BEING HACKED - PROOF

We need to get back to paper ballots Only 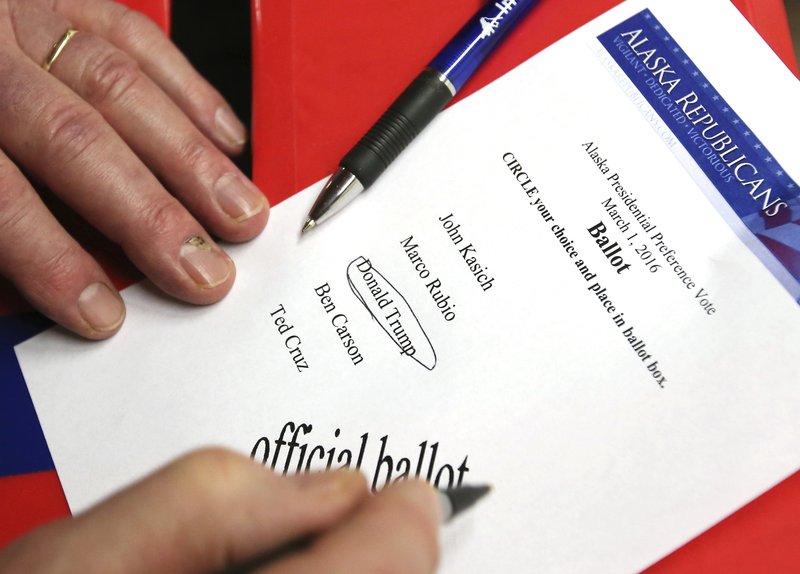 JUNEAU, Alaska (AP) — Alaska officials said Wednesday a hacker gained access to a server that hosts the state elections website on the morning of the 2016 general election but did not manipulate any information.

Division of Elections Director Josie Bahnke said election functions were not compromised and the situation was quickly addressed. The incident was first disclosed earlier this week by the Anchorage Daily News, based on a public records request. The records were obtained by The Associated Press on Wednesday.

Election officials have downplayed the incident, which was reported at the time to the FBI.

The hacker could read content on the server that elections officials use to provide public information, they said, but no confidential information was on the server and the intruder did not have the ability to alter data.

The FBI and U.S. Department of Homeland Security determined the IP address was linked to a location in India.

Phillip Malander, an election system administrator, said the FBI is contacted “anytime we have knowledge of what would materially be a crime and we have knowledge enough of the individual who is committing it.”

In this case, the hacker seemed to be trying to undermine voter confidence, he said.

Election officials said there are frequent hacking attempts but disclosing each one that poses no threat to voter information or election results would be counterproductive.

Besides the newly disclosed incident, there were so-called scans, looking for vulnerabilities, on Election Day, Malander said. He insisted that announcing individual hackers have been thwarted could embolden them.

During an election policy meeting in Anchorage on Wednesday, Democratic state Sen. Tom Begich asked the division to be more forthcoming in the future.

“That they didn’t get into it is exactly right,” he said. “What they did do was disrupt things in the system because eventually the story came out.”

Bahnke told him she would be more proactive in providing information in the future.

David Becker of the Center for Election Innovation and Research called the state’s handling of the matter “textbook,” lauding the speed of the response.

The AP last summer submitted a request to the records officer for Lt. Gov. Byron Mallott seeking, among other things, any correspondence between the Division of Elections and federal agencies regarding successful or attempted breaches of elections systems during the 2016 primary and general elections. The AP was told no responsive records were found.

The Division of Elections in September reported “Russian cyber actors” made a failed attempt to access the state’s voter registration database before the 2016 general election.

Alaska was one of 21 states targeted by Russian hackers in the lead up to the 2016 election. In most cases, the hackers were scanning state election systems looking for vulnerabilities.

Illinois is the only state known publicly to have had their voter registration system breached, although a report released this week by the U.S. Senate intelligence committee indicated that Russian hackers were able to gain access to restricted elements of election systems in a “small number of states.”

The senators did not identify those states. The report also revealed new details about the level of Russian activity, noting that hackers went beyond the routine scanning previously reported and conducted “malicious access attempts on voting-related websites” in at least six states.

Bahnke said she was told by a U.S. Department of Homeland Security contact that the affected states have been informed. “And the fact that Alaska hasn’t been informed means that we weren’t one of the six states,” she said.

AP reporter Christina A. Cassidy contributed to this report from Atlanta.